The best way to think about safety is to manage risk. You will never eliminate the chance of being infected but you can minimise it. Some thoughts:

1 The chances and severity of contraction are linked to virus load and time of exposure. It is worst if you are exposed to a high load for a short time or low load for a long time.

4 Vitamin D may help prevent/fight early infection and supplements very unlikely to do any harm hence taking supplements probably not a bad idea..

5 The jury is firmly out on chloroquine/hydroxychloroquine for helping mitigate early disease progressing, there has been too much hype getting in the way of true science.

7 A very good article in JAMA 6 May 2020 doi: 10.1001/jama.2020.8259 outlines the current tests for COVID. The most widely used test is to detect viral RNA using an RT-PCR test. In most folk the virus becomes detectable on day1 of infection peaking at the first week and declining by week 3. The test detects the virus in 63% of those known to have infection using nasal swabs. Thus testing is limited by both timing and the sensitivity of the test. Antibodies begin to increase the second week following onset of symptoms IgM is gone by 5 weeks but IgG may persist beyond 7 weeks. Both tests are pretty specific, in other words if they are positive you have had it but they can miss folk who have or have had it.

8 The response to viral infection is both humeral and cell mediated and most of the work and concentration has been measuring humoral response so have caution in interpreting progress based on this alone..

This simulator shows why self-isolation is effective............stick with it to the end!

A growing body of evidence is pointing at poor function of mitochondria playing a role in the nerve damage resulting from glaucoma. It could be that taking the vitamin nicotinamide is beneficial in prevention of ongoing nerve damage in those with glaucoma. At present the emerging evidence is for relatively high doses of 3 grams a day. This dose is at the high end but in line with doses used in other studies looking at its benefit in other diseases including cancer, kidney disease and Altzheimers.

The human eye is like an electronic camera with a front lens and back electronic receptor (retina) that turns the image produced by the lens into an electrical signal. This electrical signal is then sent down some wires (axons) to the brain for interpretation. The retinal ganglion cells, of which each eye has 0.7-1.5 million, are the cells that collect the electrical signals and transmit them to the brain. They are remarkable cells that start in the retina, leave the eye via the optic nerve and end in the brain (they go via the optic chiasm to the lateral geniculate nucleus). The cell body may be 30 micrometers wide and yet the axon can be over 450 milimeters long (450,000 micrometers). Scaled up this means if the cell body were the size of a 5mm pea then its axon could stretch for 75 meters! This clearly puts quite a lot of strain on the cell body to keep everything nourished and functioning. It is these cells that get damaged and die in glaucoma.

Mitochondria are the power houses of our cells producing the energy that makes them function, this fuel is ATP (adenosine triphosphate). It is believed they were once separate organisms (bacteria) that then became engulfed into our cells to help energy production. The number in a cell varies according to how active the cell is but can be up to over 1000. They are oval in shape measuring 0.75-3 micrometers in length. Interestingly all of your mitochondria come from you mother so their lineage is purely maternal! In addition to energy production they also play a role in cell death by a process called apoptosis, they store calcium (vital for many different cellular processes) and produce heat.

When they don’t work properly the major effect on a cell is loss of energy. Some level of mitochondrial dysfunction has been suggested in a wide range of diseases such as Parkinson’s, Altzheimer’s, schizophrenia, chronic fatigue syndrome, and diabetes.

Another area they may result in damage to a cell is through free radical production. The process of producing energy is very prone to producing free radicals in a cell. Free radicals, if not mopped up quickly, can be responsible for damage to the genetic code (DNA) of a cell.

The story of mitochondria and glaucoma centres around the retinal ganglion cell. As noted above these cells have quite a task to gather the electrical information from the retina and transmit it out of the eye to the brain. This task involves a lot of energy, hence the cells heavily rely on mitochondria. Several strands of research have suggested that mitochondrial function may be impaired in those with glaucoma.

Nicotinamide is a water-soluble form of vitamin B3 or niacin. It is found in foods such as fish, poultry, nuts, legumes, eggs, and cereal grains. Nicotinamide is a part of NAD (nicotinamide adenine dinucleotide) and NAD is a critical part of the making and using of ATP to power cells.

As an oral supplement at normal doses it has minimal side effects. At high doses liver problems may occur.

In addition to laboratory experiments there is evidence that it protects against metabolic damage in number of different scenarios.

Low levels of nicotinamide have been reported in those with glaucoma.

Work, primarily from Jonathan Crowston’s group in Melbourne, has investigated nicotinamide in glaucoma. They have a study in which high doses of nicotinamide 3 grams a day were given compared to placebo and have found clear benefit with minimal side effects. In my view this is the first hopeful evidence to date of a dietary help for glaucoma. The advantage is that the tablet is freely available and seems to have minimal side effects. A look at online availability shows it comes in 500mg tablets/capsules when bought as a single vitamin supplement.

The virus is quite easily killed by most disinfectants. This reference gives the effectivity

It is possible to catch the virus by putting your hands up to your face/mouth after touching a contaminated surface.. The virus survives on various surfaces for different periods of time. 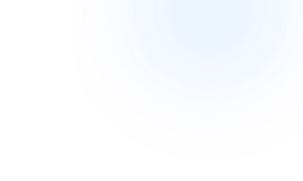 The virus is spread by inhalation in a majority of instances. Visors stop large droplets, masks stop smaller droplets and masks such as 3M 1863 stop the virus PROVIDED you have had a test that shows the mask fits correctly 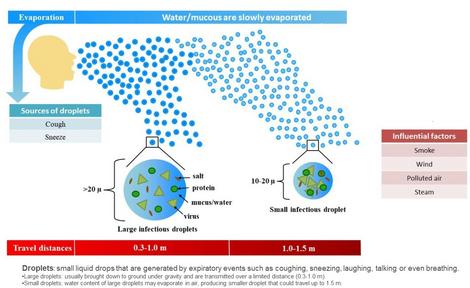 This is the WHO formula for making your own hand sanitiser